Sunday, June 25, 2017 at 9:45 a.m., Pilgrim Baptist Church will celebrate 154 years of continuous ministry in the St. Paul, MN area.
Like many African American churches, the congregation’s mission has always extended past the strictly religious. Its leaders have been active and outspoken in the fight against discrimination and equality in education  . The group has pushed for the integration of multiple schools, helped African Americans achieve the right to vote in Minnesota, and supported pedestrian bridges over Interstate 94. Pilgrim’s building has hosted meetings of the Brotherhood of Sleeping Car Porters, education and youth community groups, and Alcoholics Anonymous. The church served as the birthplace of St. Paul’s National Association for the Advancement of Colored People (NAACP), Urban League, and the Hallie Q. Brown Community Center (now the Martin Luther King Center). – See more at: http://www.blackpast.org/aah/pilgrim-baptist-church-saint-paul-minnesota-1863#sthash.SSIkBxwv.dpuf 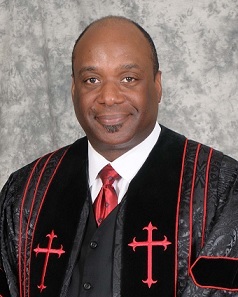 The Reverend Charles L. Gill, D.Min. is the Senior Pastor of Pilgrim. He has been the Pastor of Pilgrim for 13 years. Rev. Gill has continued the legacy of Pilgrim by preaching the gospel and being a voice for the community. He has fought against discrimination and is a champion for equality in education. Rev. Gill is affiliated with the National Baptist Convention and was Second Vice President of the Minnesota State Baptist Convention. Rev. Gill also serves the community in numerous multi-denominational, civic and social endeavors, i.e. Mid-American Baptist Social Service Corporation (MABSSCO), St. Paul Area Council of Churches, ISAIAH, and President of the St. Paul Black Interdenominational Ministerial Alliance, etc. Yet, his greatest joy is simply to serve his risen Savior as an Ambassador, speaking boldly, making known the mystery of the gospel (Ephesians 6:19, 20). (VOICE)

Pilgrim Baptist Church is bringing an acclaimed preacher to celebrate Founders Day which is Sunday, June 25, 2017 at 9:45 a.m. The Reverend Cromwell Handy, Senior Pastor of Dexter Avenue King Memorial Baptist Church in Montgomery, AL is the guest preacher for Founders Day. The theme is “Looking Back to Move Forward into the Future”. Joshua 4:21, 22 (ERV) 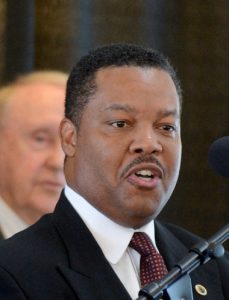 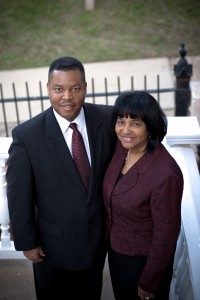 MONTGOMERY, Alabama (2012) — A new pastor has taken over as the spiritual leader of one of Montgomery’s most historic churches.
The Rev. Cromwell Handy is the new pastor of Montgomery’s Dexter Avenue King Memorial Baptist Church. It’s the church from where the Rev. Martin Luther King Jr. helped lead the Montgomery Bus Boycott.
Dexter Avenue is the first church for Rev. Handy to serve as pastor. He says he understands the historical significance of the position. He said the downtown Montgomery Church has many of the same problems as other houses of worship. Those include dealing with the needs of an aging congregation and bringing young members into the church.
Handy had a long career working for the Internal Revenue Service and has served in various pastoral positions.

Enter your amount below in My Online Donation to make a Founder’s Day donation.