Hearts United in Love
Adult 1 Sunday School Class Colossians 2:1 – 15 June 23, 2019
Theme: People bind themselves together by mutual bonds of love and commitment. How can communities avoid losing their identities while under attack? Paul urged the Colossians to be united in love in order to fully understand the rich treasures offered to them by faith so they can resist false teachings and come to appreciate their new spiritual standing in Christ.

Understanding and Interpreting the Scripture (responses are in bold print)

Please explain the meaning or significance of the following verses

Background: Although Paul had not established the Church in Colossae, he felt responsible for its well being, since he had sent out workers from Ephesus. The turmoil in the Church was a struggle between the Gospel of Jesus Christ vs. some local leaders who wanted the people to follow them as authority on salvation and set up their own dogma. These “false prophets” stated in order to obtain salvation, certain leaders must be worshiped and yield to their authority. These false prophets said that one must submit to circumcision and observe certain foods.

Paul’s letter disputes these teachings and redirects them to the true meaning of the Gospel of Jesus Christ. Paul states that their message took people away from Christ, and that only He could bring full salvation to them. Paul emphasis that God created the world and through Jesus Christ he was reconciling His people back to him. Only through Christ could the Colossians, and for us today, find full salvation. Paul enumerates what Christ’s great message has in the lives of believers.

* Colossians 2:1 ” For I would that ye knew what great conflict I have for you, and for them at Laodicea, and for as many as have not seen my face in the flesh;” Paul states how hard he has worked for them and the people in Laodicea to bring the true message of the Gospel, even though he had not met them face to face.

* v.2, “That their hearts might be comforted, being knit together in love, and unto all riches of the full assurance of understanding, to the acknowledgment of the mystery of God, and of the Father, and of Christ;” Paul’s goal is to bring comfort and assurance with the full understanding of the Gospel that binds up all believers in love. The mystery of God is not a mystery at all, it is Christ himself. It was revealed in Ephesians 3:1-13. Christ coming was mention in many texts of the O.T., it foretold of a Messiah for the Jews. What was uncertain was how and when He would be received. That His message would be given first to the Jews, then to the Gentiles and to all persons who believed in His Gospel. The Gospel would unite all into one body in Christ, and that the Holy Spirit would dwell in the body until Christ returns.

*v.3, “In whom are hid all the treasures of wisdom and knowledge.” The false teachers preached that they possessed wisdom and transcendent knowledge that was only available to the spiritual elite. Paul rebuts that philosophy by saying that all treasures (truths) necessary for salvation, sanctification, and glorification are found in Jesus Christ.

*v.4, “And this I say, lest any man should beguile you with enticing words.” Don’t let any one deceive you with false doctrine, no matter how good it may seem to be. (The old saying is certainly applicable here. “If it sound to good to be true, then it probably isn’t.”) This is why Paul fought back the assaults on the Gospel by false teachers, and stressed Christ’s deity to save believers and to bring them to maturity in their faith.

*v.5, “For though I be absent in the flesh, yet am I with you in the spirit, joying and beholding your order, and the steadfastness of your faith in Christ.” Because he was a prisoner, he could not be with them in person, however he was there in spirit. It did not mean that his love and concern for them was any less. Since Paul could not be there, he got reports from Tychicus on the Colossians, and sent letters to them, by him. Beholding your order (firmness) and steadfastness (unwavering) in your faith in Christ, Paul explains how it brought him great joy.

*v.6 and 7, “As ye have therefore received Christ Jesus the Lord, so walk ye in him: 7. Rooted and built up in him, and stablished in the faith, as ye have been taught, abounding therein with thanksgiving.” As you have accepted Jesus Christ as your Savior, so live the life that you profess. Build upon your faith and grow in him through the Holy Spirit as you have been taught. Giving thanks to the one true God who has delivered you from your sins and brought eternal salvation into your life.

*v.9 and 10, “For in him dwelleth all the fulness of the Godhead bodily. 10. And ye are complete in him, which is the head of all principality and power:” The “Godhead” represents the state of being God, a deity. Jesus was both fully God and fully man, representing the fullness of God and the blessings of humanity. Jesus is the incarnate God, and is the embodiment of the invisible God who is the head of every principality and power, and they are subject to Him.

*v.11 and 12, “In whom also ye are circumcised with the circumcision made without hands, in putting off the body of the sins of the flesh by the circumcision of Christ: 12. Buried with him in baptism, wherein also ye are risen with him through the faith of the operation of God, who hath raised him from the dead.” This circumcision is a spiritual one, and not by man cutting off the flesh. This spiritual circumcision is the cutting out of sin from your body and making you a new creature in Christ. Baptism is symbolic of a change that all believers want to make in their lives when they accept Jesus Christ. When we are baptized, you are buried with Christ, and in baptism you are also raised with Christ through your faith in the active power of God, who raised Him from the dead.

*v. 13 and 14, “ And you, being dead in your sins and the circumcision of your flesh, hath he quickened together with him, having forgiven you all trespasses; 14. Blotting out the handwriting of ordinances that was against us, which was contrary to us, and took it out of the way, nailing it to his cross;” They were all spiritually dead in sin, but now Christ has quickened (made them alive) them together with Him. Only through a union with Jesus Christ can those hopelessly dead in their sins receive eternal life. God takes the initiative to awaken and unite sinners with His Son; the spiritually dead have no ability to make themselves alive. God’s free (Romans 3:24) and complete (Romans 5:20); Ephesians 1:7) forgiveness of guilty sinners who put their faith in Jesus Christ is the most important reality in Scripture (Psalm 32:1; 130:3,4; etc). Through Christ’s sacrificial death on the cross, God has totally erased our I.O.U’s. of indebtedness and made our forgiveness complete, nailed to the cross (a metaphor for forgiveness).

v.15, “And having spoiled principalities and powers, he made a shew of them openly, triumphed over them through Him. “ Demonic forces, “principalities and powers” including Satan, knew that humanity could not keep the Law, and used it against them. At the cross, Christ stripped off, defeated death at the cross, and exposed the demons of the world to be powerless, and made a spectacle of them, demonstrating that they had nothing to fear from them. 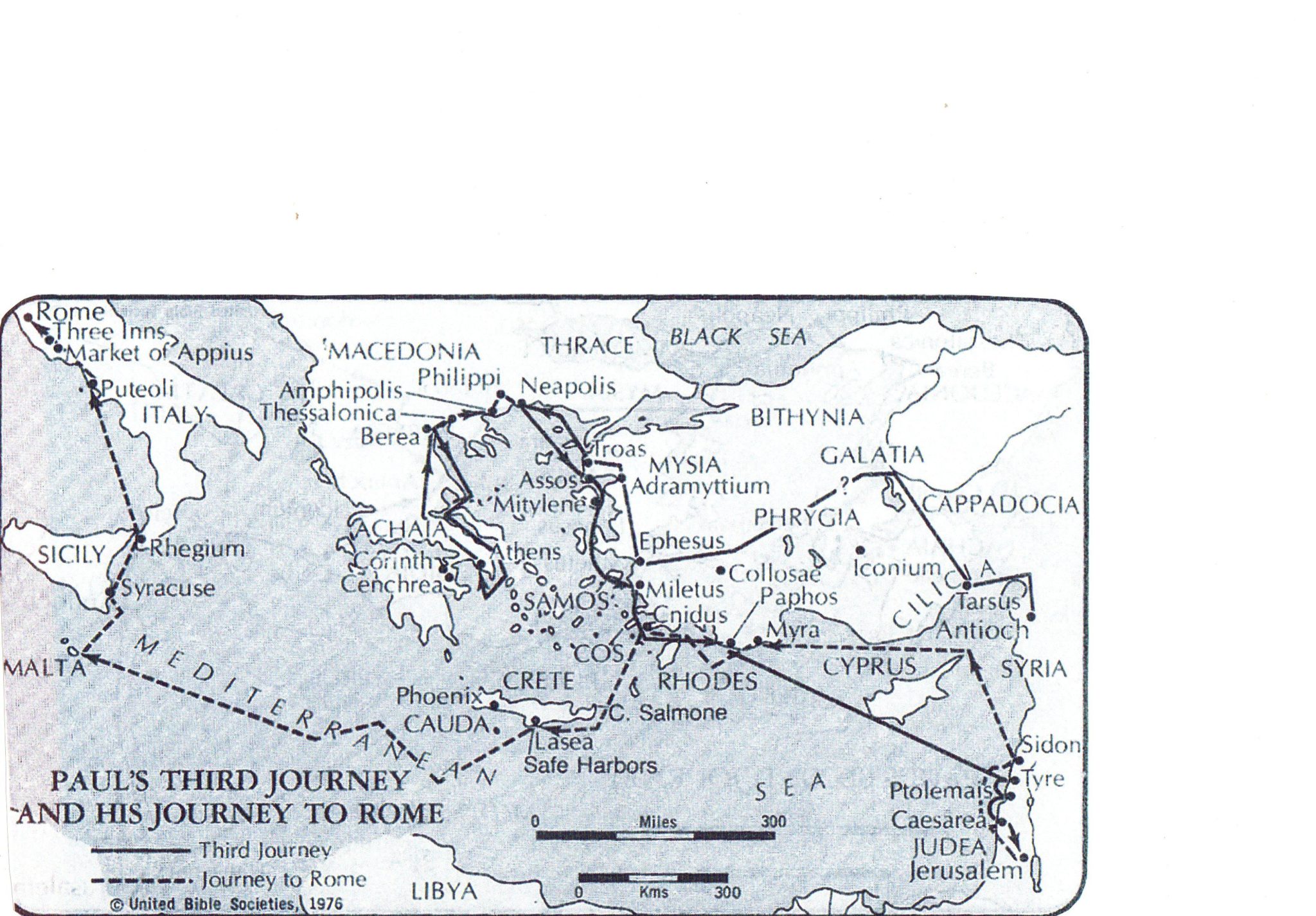